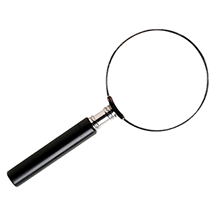 Sewage Lagoon Splitter Box 8 ft. x 8 ft. x 3 ft deep - as evidenced by photos, the structure was heavily deteriorated due to high H2S levels. Would had to have been replaced if not lined.

Sykes Creek Wastewater Treatment Plant Headworks - 70 ft. long x 7 ft. high x 4 ft. wide with two 90 degree turns in the channel. Structure was severely deteriorated, even the rebar was partially gone. County personnel were prohibited from walking on top of the structure due to safety concerns about it caving in.

This sewage pump station was build on the edge of a large lake and since the day it was constructed the lake water has infiltrated into the wet well and gradually gotton worse over the years to the point that there was more infiltration than wastewater being pumped out. This was all due to a sandy lake shore environment which created many cave ins while the wet well was being constructed causing the concrete rings to not seal properly as well as causing the structure to be leaning several inches away from vertical.

"In the summer of 2007 the City of Kalispell, MT found evidence of gasoline in a natural storm drain detention pond. City crews followed the traces of fuel through a storm drain outfall line to the intersection of Meridian Road and US 2 (Idaho Street). The fuel had been leaking from gasoline distribution lines at a nearby convenience store and fuel stop. The fuel had then mixed with groundwater and moved through the soil adjacent to the storm and sanitary sewer lines. The fuel then entered the sanitary sewer and storm drain systems through cracks and joints in the manhole barrels and through deteriorated gaskets in the pipeline."

"The City of Kalispell has since completed plans and specifications to perform a total re-line of the sanitary sewer and storm drain manholes and lines in the area. The project will likely bid after further soil investigations by the Montana Department of Environmental Quality. In the meantime, the City of Kalispell was concerned about the continued infiltration of the fuel into the lines, especially during the spring runoff of 2008. The City determined that two manholes were receiving a large potion of the fuel, and that stopping the infiltration at these two locations would substantially decrease the total volume of fuel entering the sanitary and storm sewer systems."

"After considering several options to stop the flow of fuel into these manholes, the City chose to use a fiberglass/epoxy and non-porous membrane liner. SuperTec Infrastructure Technologies installed a liner in the 8-foot diameter storm drain manhole in January 2008. The sanitary sewer manhole had infiltration occurring around an inlet pipe. To resolve this infiltration, the City opted to have SuperTec apply a chemical grout to the deteriorated area. The liner and the grout appear to have stopped the infiltration in these two areas. With spring thaw just a few weeks away, these manholes are prepared to prohibit infiltration of the seasonally higher groundwater."

In 2008 SuperTec lined two large rectangular wetwells 750 ft below ground in Carlsbad Caverns, New Mexico for the National Park Service.   Carlsbad Caverns National Park in New Mexico is one the most visited parks in the West. As would be expected, rest rooms and other creature needs are met by the park's facilities. But what if one has sewage problems 750 feet underground? That was the case at Carlsbad Caverns until a one-week sealing and lining project was undertaken by SuperTec Infrastructure, a certified installer of the Poly-Triplex® liner system. The National Park Service knew who to call.  READ MORE HERE

Be sure to check out the photos of a lift station with heavy H2S lined with the Triplex Liner System back in 2000 at Katherine's Landing, Lake Mohave NRA, National Park Service.  It is still in good shape as of Dec. 4, 2014.  The Triplex Liner System is the method of choice for the National Park Service in Lake Mead and Mohave and has been for 15 years.